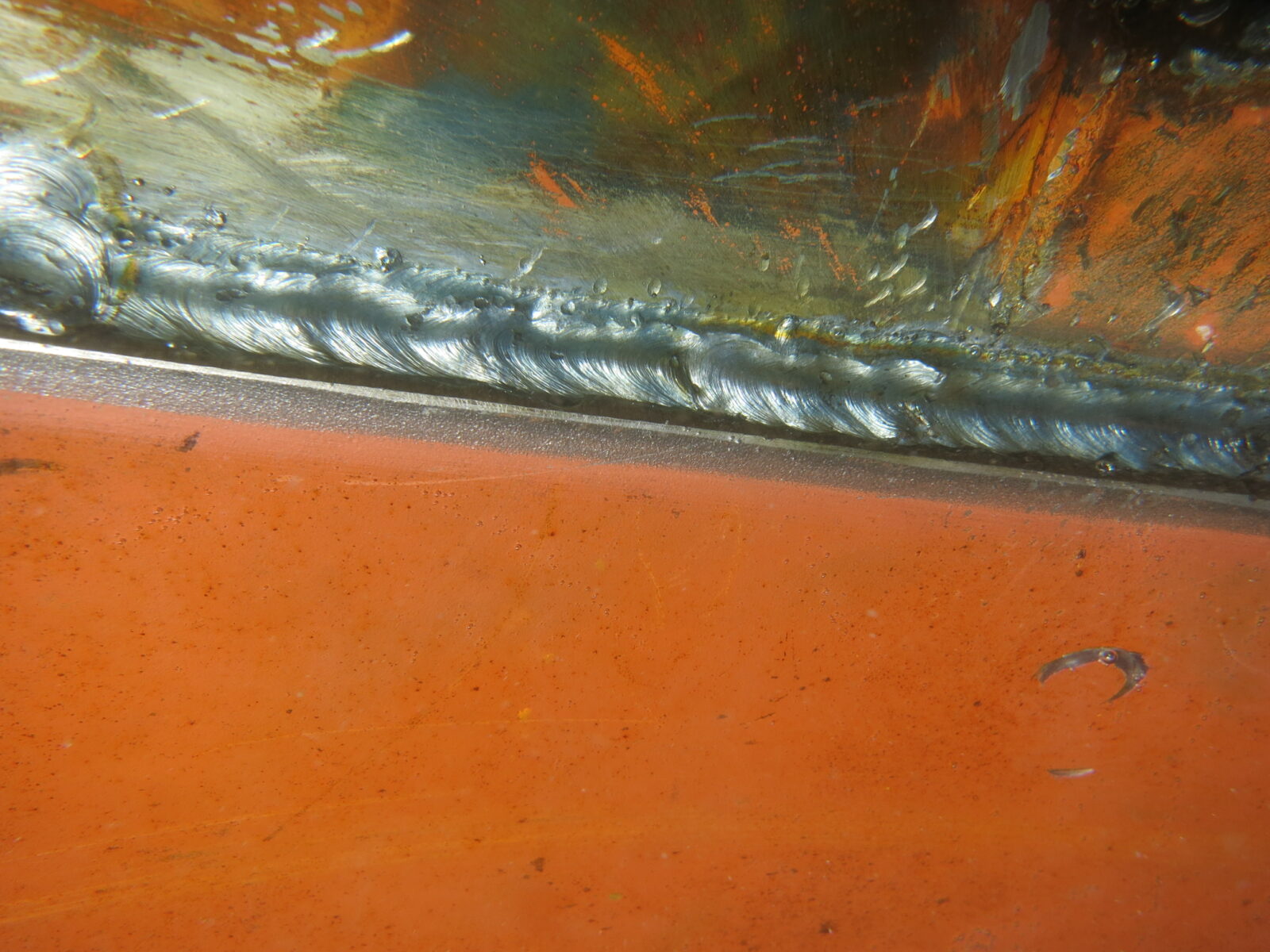 A fully loaded 180-meter bulk carrier suffered grounding damage in Las Palmas, Spain. An underwater repair was needed to allow the vessel to sail to her unloading destination safely. Unfortunately a first repair attempt proved unsuccessful. After the ship had been delayed for almost two weeks we were contacted to take over the operation and get the bulker sailing again as soon as possible.

Immediately after we put down the phone a small inspection team was flown to Las Palmas to perform a detailed underwater survey. This would give us a full assessment of the damage as well as all required measurements needed for the repair.

With the information from the inspection our technical department could very quickly propose a repair plan to the owner of the vessel.

Our many years of experience allowed us to take all factors into account that could influence the possible repair solutions. This included the location of the damage, the shape of the hull and the situation on the inside of vessel.

Because we have a longstanding relationship with the classification society, they knew we had all the certificates and had the skills for (emergency) underwater repairs. They informed the owner that the repair would be given the greenlight if Hydrex was involved. Needless to say the customer gladly accepted the proposed solution. A team of additional diver/technicians was mobilized straightaway. Just days after we were contacted our repair team was on-site and ready to salvage the operation.

Hull plating repair allows vessel to sail on
When the diver/technicians arrived in Las Palmas the inspection team had already arranged the needed equipment and repair material. This was done in cooperation with our local support base.

The first step of the operation consisted of removing the cofferdam that had been installed during the previous effort to repair the damage. Once this was done our diver/technicians could start the actual repair as proposed by our technical department. They installed two doubler plates over the affected areas of the flat bottom. After independent tests had verified that the operation was successful the classification society gave its approval for the repair, as was expected.

The ship had been laying idle for almost two weeks while the first repair attempt was made. This delayed the delivery of the cargo. It cost everyone involved precious time, money and consequential loss of reputation.

The owner and port authorities were very satisfied that Hydrex was able to step in and resolve the issue so fast. Working in shifts, we made sure that the ship would suffer no additional delay. Just days after we were contacted, the grounding damage had been temporary repaired. This allowed the owner to sail on to the next destination to unload the cargo. He now has the possibility to take his ship to drydock at a location of his choice and arrange the visit at a convenient time.