Hydrex enables OEM to access bow thruster out of drydock 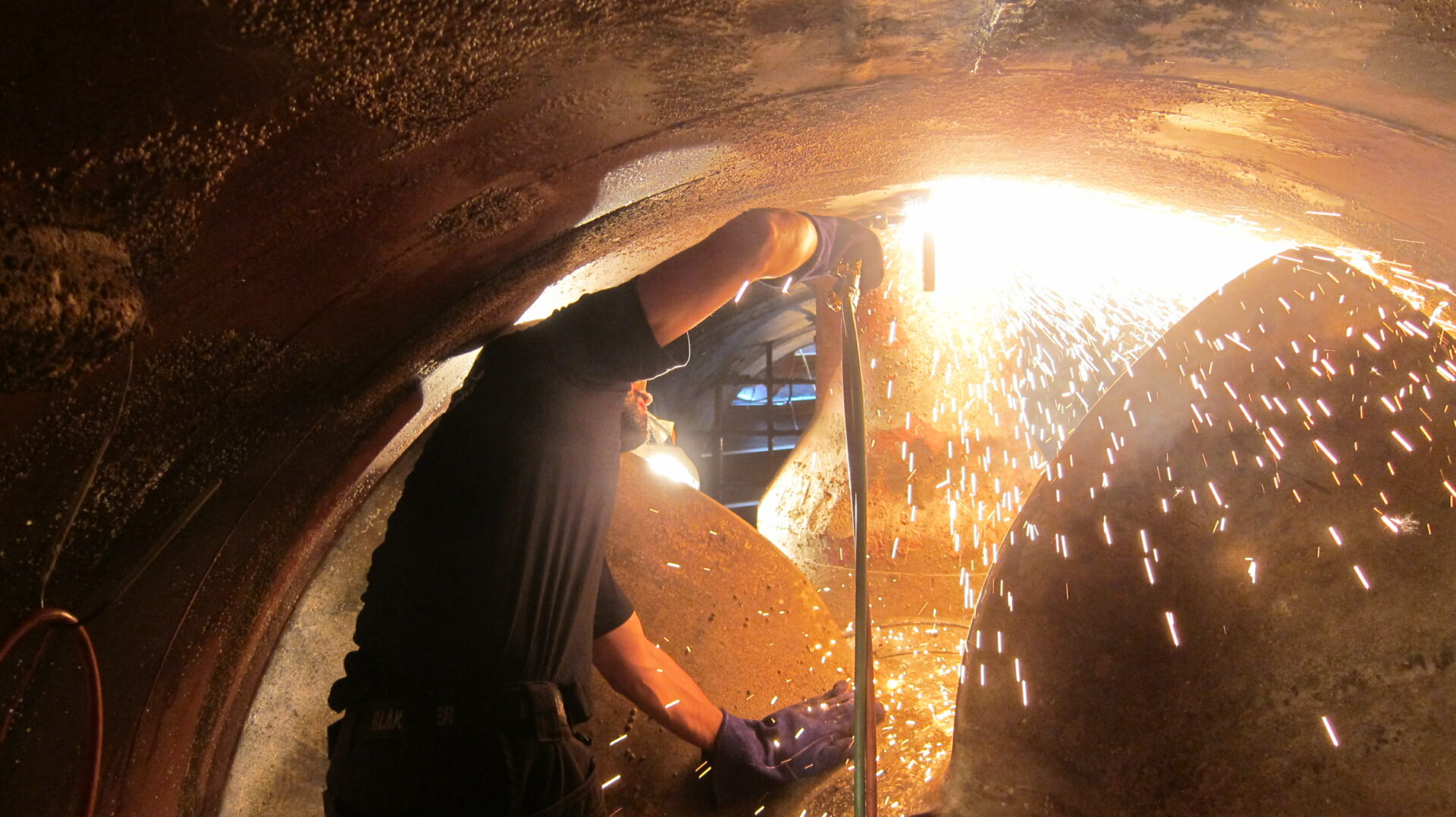 Hydrex enables OEM to access bow thruster out of drydock

When a 162-meter pipe laying vessel suffered an oil leak, going to drydock for bow thruster repairs seemed the only option. The owner contacted us to see if we could develop an underwater solution that would allow the OEM specialists to access the thruster tunnel while the vessel was still afloat. This would enable the vessel to stay on project.

One of our technicians met up in Mobile, Alabama, with the owner and representatives of the OEM to discuss the repair plan devised by the Hydrex technical department. This proposal included the installation of two open top cofferdams to close off the thruster tunnel. The OEM specialists could then freely gain access to the bow thruster to examine the unit and make the necessary repair. The solution was accepted. Immediately we started making preparations for the design of the cofferdam and a fast mobilization to the vessel.

Both cofferdams were designed by our in-house R&D department to fit the rounded shape of the ship’s hull. They were built in Mobile at a local workshop. The construction started almost immediately after the operation was approved and the design was finished to make sure the cofferdams would be ready as soon as the vessel would arrive in Mobile.

Because underwater visibility in the Port of Mobile is far from ideal, the rigging points for the cofferdams were welded to the hull by our divers while the vessel was at anchorage just outside the port, where the visibility was better. The ship then sailed to its lay-by position and the actual operation started.

The cofferdams were positioned and secured with the rigging points. All water was then removed from the thruster tunnel. This created a dry environment inside the tunnel. The required inspection and repair work could now be performed in conditions similar to those in drydock. Next our technicians removed the tunnel grid to gain access to the bow thruster unit. The oil was then drained from the thruster.

The OEM specialists entered the tunnel and examined the bow thruster unit. They decided that the seals needed to be replaced. This specific type of seal assembly required the liner to be pulled out of the assembly in its entirety to work on the seals. To do this, the propeller first needed to be removed. Our technicians therefore installed two anchor points in the tunnel to secure the propeller during its removal.

Our technicians then removed all the equipment from the tunnel and repositioned the grid. All that remained to be done was re-flood the bow thruster tunnel and detach the cofferdam. The operation required Hydrex to think and handle fast to allow the owner to keep his ship on project. The schedule of the pipe laying vessel offered only a window of two weeks to develop an underwater solution and two further weeks to carry out the operation, including the building of both cofferdams. The plan needed to give the OEM specialists the possibility to perform inspections and repairs of the bow thruster in the same conditions they would have in drydock.

On top of this repair in the U.S.A., our technical department was arranging operations in Australia and Singapore (as well as many smaller operations closer to home). These three bigger jobs were carried out back to back.

The limited time frame available in Mobile, combined with the extra requirements of the job, is something we know how to deal with. We have fast response centers at our offices that have been designed for a swift mobilization to anywhere in the world. We also have over 40 years of experience with handling these kind of situations, which allowed us to come up with the best possible solution that would keep the vessel afloat while at the same time delivering the same high quality and speed of service during the other operations that were going on.