Home - Our range of propeller repairs restore efficiency and save money

Our range of propeller repairs restore efficiency and save money 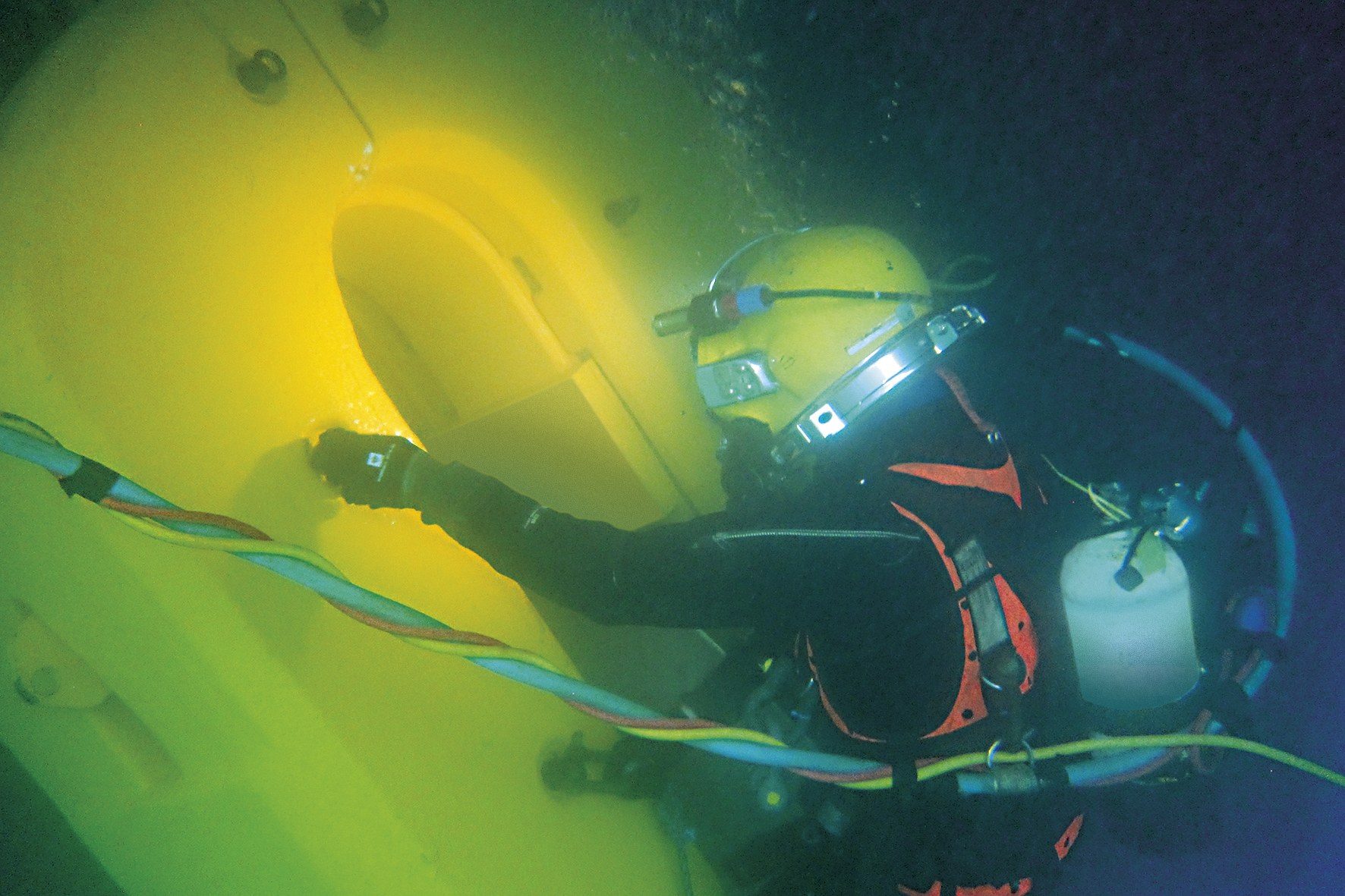 Our range of propeller repairs restore efficiency and save money

When damage to propellers occurs due to impact with ice and other debris we can help you, even if the damage is quite extensive.

A ship with bent or cracked propeller blades might experience severe vibrations while sailing. The classification society might demand a repair before the vessel is allowed to continue its voyage. Our teams can restore the propeller’s balance and efficiency, resulting in class approval.

Straightening, cropping and any other repair done afloat
By taking advantage of the in-house developed cold straightening technique, damaged blades can be straightened underwater, allowing the ship to return to commercial operations without the need to drydock.

If straightening is not an option, the affected area of the blade will be cropped. This is done to achieve the greatest possible efficiency. Cropping is carried out using our propeller blade cutting equipment.

Our teams can also carry out any other repair work on the propeller. Examples of this are the removal and reinstallation of entire propeller blades or replacement of the propeller seal ring.

Below you can read some recent case studies that illustrate the wide range of afloat operations our teams can carry out anywhere in the world.

The crew of the ship had noticed that the engine was overloading. This was the result of damaged propeller blades that were performing below average. The engine had a higher workload, leading to an increased fuel consumption and added stress.

A detailed survey of the ship’s two propellers by our team revealed that the four starboard side propeller blades of the vessel were bent. A fast, on-site solution to restore the propeller’s balance and efficiency was needed.  Luckily the port side propeller blades were in good condition and did not require any repairs.

The team positioned the straightening machine over the bend in the trailing edge of the first damaged blade. In close communication with the team leader in the monitoring station on-shore, the divers returned the bent blade to its original state. When the straightening was complete, our technicians cleaned the blade to make sure that any remaining loss of efficiency would be minimal. The same procedure was then repeated on the other three blades.

Underwater blade cropping in Vietnam
The four blades of a 190-meter bulk carrier’s propeller were severely bent. An on-site solution was needed to restore the propeller’s balance and efficiency. A team was therefore mobilized to Cam Pha, Vietnam.

Our men started the operation with a detailed survey of the affected propeller blades. The inspection revealed that the four blades were bent over angles of 90 to almost 180 degrees.

The team then used the information acquired during the inspection to calculate and determine the exact measurements needed to modify the trailing edges of the propeller blades.

Next the divers cropped the blades and ground their edges to give them the correct radius. When the cropping was complete, they polished the blades to make sure that any remaining loss of efficiency would be minimal.

Propeller blade removal and reinstallation in Belgium
An oil tanker needed its four propeller blades overhauled during a stop in Ghent, Belgium. We sent a team to the vessel’s location to remove the blades on-site and reinstall them when they returned from the workshop.

The operation was carried out while the vessel was alongside and trimmed so that the blades could be surfaced one by one. Our men started the repair with the installation of chain blocks to rig the first blade. They then removed the blade bolts and lifted the blade. A blind flange was installed to prevent water ingress during the overhaul. The ship crew then turned the propeller 90° to surface the second blade. Our technicians repeated the same procedure on all four blades

While the blades were transported to the workshop and repaired, our men carried out several other operations on the vessel. A full inspection of the propeller hub was done, as well as an inspection of the blade carriers and the propeller shaft. The team also installed new anodes on the rudder. By combining these operations, time between the removal and reinstallation was used as efficiently as possible.

When the blades arrived back on location, they were installed using the reverse procedure. The operation was finished swiftly to enable the owner to sail his ship with only the bare minimum of delay. A costly drydock detour was avoided.

Contact us
Our R&D department is constantly looking into ways to enhance the available propeller repair techniques even further. Our teams can do much more afloat than you might think possible.

Contact us for more information on underwater propeller repairs. We are at your disposal 24/7.