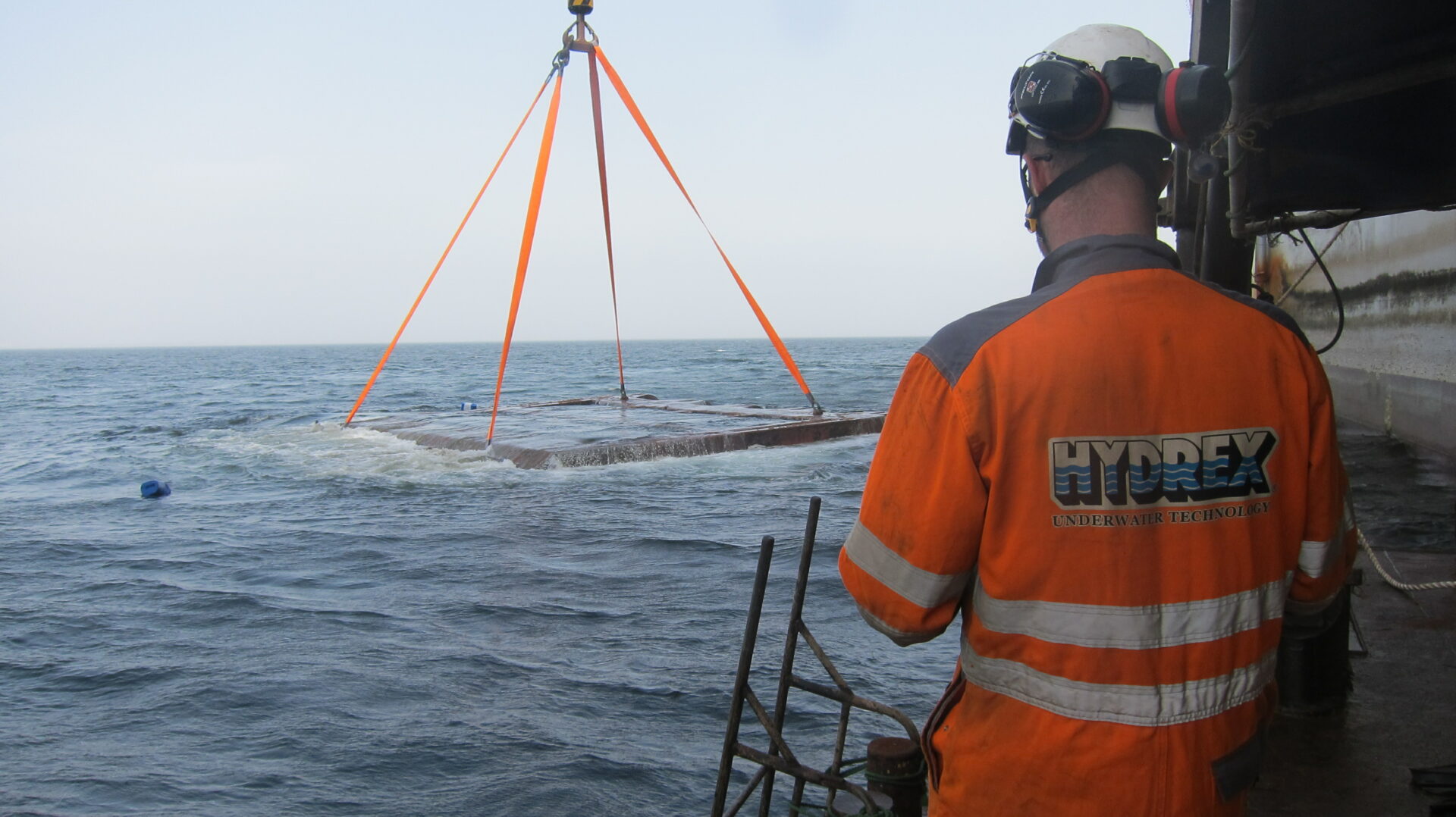 “In the early 20th century, it would have been considered suicide for a diver to shoot an electric arc into the water. Though professional diving was already an established industry and had been for hundreds of years, underwater welding was not. That all changed when Konstantin Khrenov, a Soviet engineer, invented a method to join and cut metals underwater.

Khrenov wanted to find a way to weld underwater for quicker vessel repairs. WWI had ended, but WWII was beginning to brew and the USSR was mobilizing their fleets. As Khrenov discovered, one of the largest hurdles to successful wet welds lie in the sporadic outflow of gas bubbles from the point of contact with the arc and metal. This reaction caused major porosity in the welds, and the bubbles burst out, untamed. With the help of others, Khrenov devised a waterproof coating for the electrodes and stable power source.

In 1932 after successful experimentation in the labs, Khrenov traveled with engineers to the Black Sea for further successful testing. Underwater welding was born.”1

However, it was not until the 1970s that the first underwater wet welding procedure was qualified to AWS standards by White Grubbs and Dale Anders of Chicago Bridge & Iron (CB&I) and the commercial development of underwater electrodes began.

Hydrex has been at the forefront of wet welding for well over 40 years. In this period we have regularly introduced  new  welding  techniques.  We  have also developed new equipment that makes it much easier to monitor and test the weld seams. This has been done by our in-house R&D department who cooperate closely  with our diver/technician teams. Together they help us invest in the research required to keep evolving the available welding techniques.

Training of our divers consists of both theoretical classes in the course room and practical drills on our premises. There they have access to a wide range of underwater tools and various other equipment, including a dry welding training area and  three dive tanks in which to practice underwater welding. Welding exams are taken in-house in attendance of a representative of the class.

New divers  also get  the  opportunity  to assist  veteran team members  during  operations.  The training  enables  them  to  become experienced  divers/technicians and take advantage of the technical know-how and practical knowledge we have accumulated over the last 45 years.

Below we give a summary of just a few of the many  underwater welding repairs that we carried out over the last couple of months.

The transit flap of a 225-meter drill ship came loose and started swinging dangerously. This caused damage in the aft bulkhead and a leak in the ballast tank situated behind the moonpool hull. The vessel was located in Dakar. A fast solution was needed to prevent further damage.

We mobilized a team of diver/technicians. After an inspection of the damage, they disconnected the transit flap. It was then brought to shore, cut in three pieces and taken away. The divers also took all the measurements needed to design a repair plan for the second phase. Because of the instable condition of the flap, it was essential to keep to the highest safety standards, especially during this first part of the operation. The second part of the operation consisted of the installation of six doubler plates over the damaged areas in the aft bulkhead. Constructed with the exact measurements taken during a detailed inspection, they were positioned and secured underwater by our certified diver/welders. All water was then emptied from the damaged ballast tank. The crew performed an inspection of the tank and confirmed that the compromised hull was once again fully sealed.

Thanks to the installation of the doubler plates the ship could safely start its contract. A permanent solution can now be planned at a more opportune time.

A 228-meter vehicle carrier had several cracks along the hinges connecting the rudder flap to the main rudder blade. Fortunately most of those could be repaired by grinding them away and filling the area with clad welding.

Three of the cracks were too big and needed a different approach. Our diver/welders first drilled arrests on all sides of these cracks to prevent them from spreading. They then positioned a C-shaped plate over each of the cracks and secured it with wet welding. This allowed the owner to sail the vessel without having to worry about the condition of the rudder. He can have a permanent repair carried out during the ship’s next scheduled drydock visit at a more convenient time and location.

Luckily the cracks on the rudder were spotted during an underwater inspection before they caused problems for the ship. This once again shows the benefits of having regular inspections carried out by competent divers, followed by comprehensive and accurate reports. Our teams can detect any problem so that they can be corrected early and prevent the more costly repair which neglect and further damage would bring about.

This was illustrated when the damage to two of the thruster brackets of a 278-meter container ship was not discovered in an early stage. Both brackets were almost completely cracked. In communication with the class surveyor we proposed a temporary underwater repair plan that would keep the thruster safe from further harm. The plan consisted of the installation of four steel plates: one on the top of each crack and one on the bottom. This meant that the owner could keep his schedule without the hassle and financial setback of an unplanned drydock visit.

When we send a team out on the road we know that they can perform underwater welding work to the highest quality standard and this on a daily basis. This is very important because our customers pay to get the best result without any unnecessary loss of time. So that is what we deliver. Always.