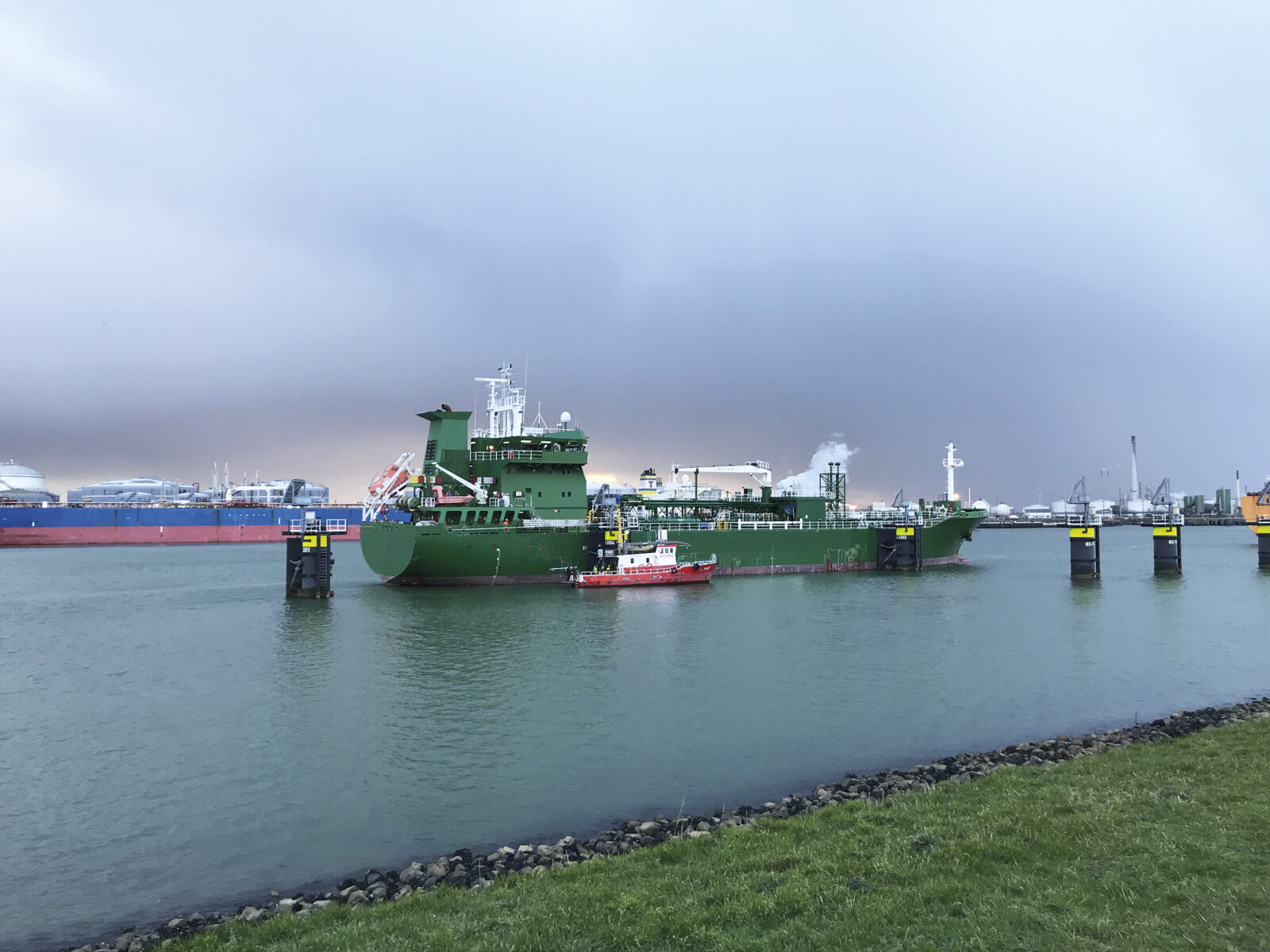 A tanker suffered leakage in the starboard side seachest of its engine room. We were asked by the owner to provide an on-site solution. For this reason we sent a team to the ship’s location in Rotterdam to carry out a seachest insert repair.

We have our own workboats stationed in Rotterdam ready for immediate deployment throughout the port. After the workboat arrived next to the tanker, the team leader went on board and met with the captain and chief engineer.

The required on-board safety procedures were performed and divers started sealing off all 10 starboard side seachest grids using prefabricated steel plates. These were secured with the proper technique.

On request of the class surveyor, an NDT specialist was arranged to take thickness measurements of the starboard seachest within the engine room. These measurements showed that the damage inside the seachest was wider spread than expected. Working closely together with all parties involved

With the result of this inspection, a complete repair plan was devised in cooperation between our teamleader, the ship’s crew and the classification society. Our team would carry out a seachest insert repair.

While we finished the blanking of the grids, all preparations were made for the repair work in the engine room. This part of the operation would consist of the installation of two inserts in the seachest plating.

Our men finalized the blanking work  soon after. The affected seachest could then be emptied of water and opened.  All objects, including the water coolers and piping work, were removed  from inside the seachest by the crew. The affected seachest plating was then cut away. Our team also took measurements of the port side seachest grids and openings to save time in case a similar repair would be required on that side in the future.

Our diver/welders worked in shifts to fit and weld the two insert plates. This was done with class approved full penetration weld.

When the installation was complete, a successful MPI test was carried out by an independent surveyor. As a result, the class representative gave his green light for the repair.

The ship’s crew could then re-install everything in the seachest. Our team flooded the seachest and final tests were performed to make sure everything was watertight. The operation then ended with the removal of the blanks by our divers. This seachest insert repair is a good illustration of the many benefits we can offer shipowners.

Like all projects we undertake, we took on, organized and executed the entire job, start to finish. Throughout the operation we were in close communication with the customer, the classification society and any other party involved. We also provided all the equipment and materials needed for the repair. This relieved the customer of the hassle of coordination, planning and supervision.

Our offices in Antwerp and Rotterdam have workboats available for immediate deployment. These can be used for a wide range of operations in Belgium and the Netherlands. This allowed for a fast mobilization to the tanker’s location.

Our team worked in shifts 24/7 to further shorten the timeframe needed for the repair. This was done to make sure that any loss of time was brought down to the absolute minimum.

The owner could continue his vessel on its schedule free of oil leaks and without a costly and time-consuming trip to drydock.

Please contact us for more information on insert or other underwater repairs. We are at your disposal 24/7.