Home - Stern tube seal repairs above and below the waterline 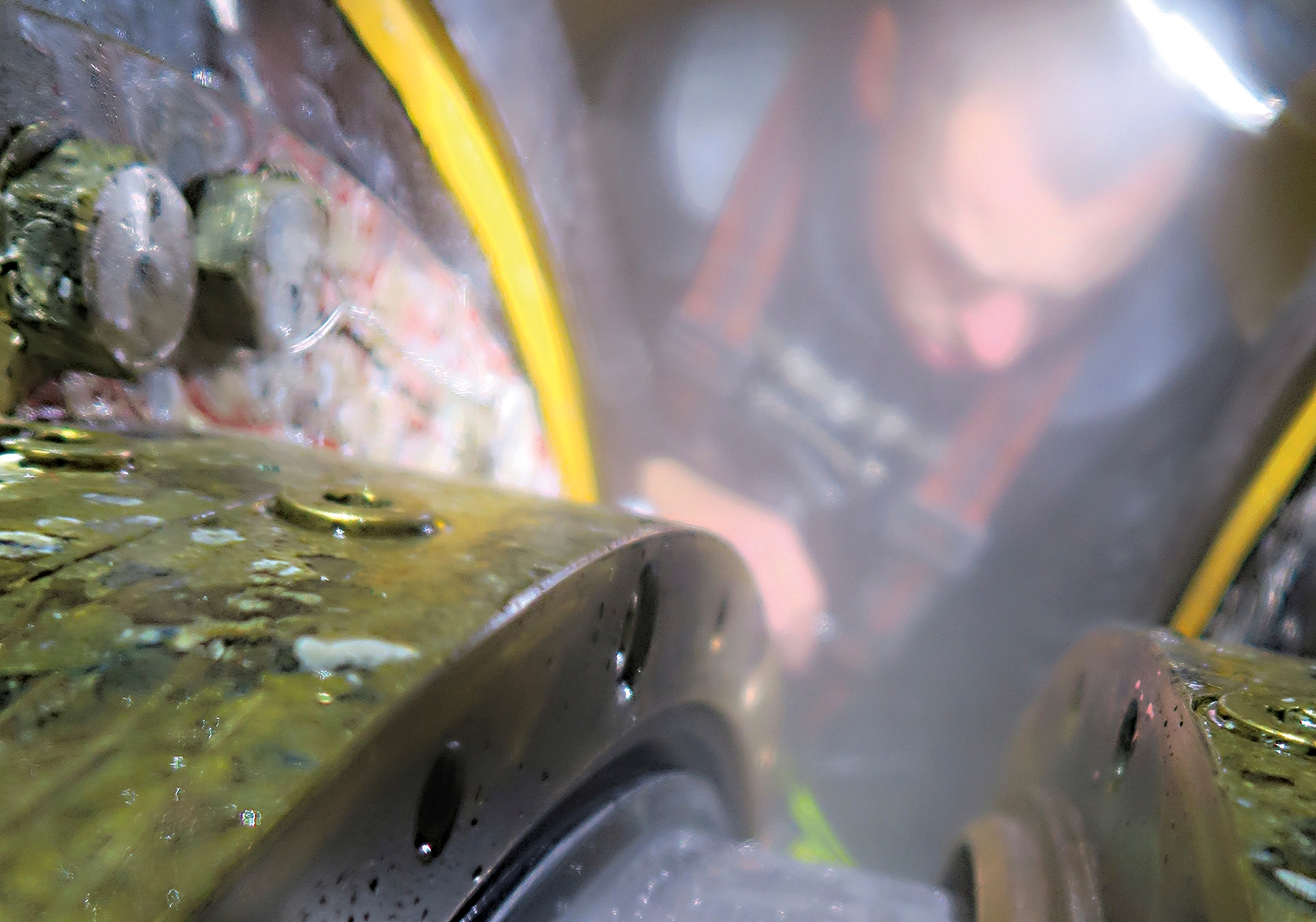 Recently our men carried out six stern tube seal operations all across Europe in a very short time span. In this article we will be writing about two of those. In Flushing the four damaged seals of a 268-meter container vessel were replaced underwater with our flexible mobdock technique. In Antwerp a seal operation was performed on a trimmed 185-meter general cargo ship. Both repairs were carried out in cooperation with the OEM.

Repair in stages to fit the ship’s schedule

Because the container vessel had a very tight schedule, we proposed to carry out preparatory work during an earlier stop in Dunkirk. This included the removal of the rope guard.

As a result our divers could immediately start the operation when the ship arrived in Flushing. They installed the flexible mobdock to allow for work in dry conditions.

During the operation our divers removed the four damaged seals and replaced them with new ones. Working together with the OEM allowed us to provide our customer with original spare parts which guarantees the best quality material. A technician of the seal manufacturer was also present during the operation.

Taking advantage of our flexible mobdock technique the team was able to carry out the entire repair on-site and underwater. Because all the required material is ready to be transported at all times, no time was lost making preparations.

The ship then sailed to her next destination without delay to the schedule. During her stop in Le Havre our team reinstalled the rope guard and finalized the repair.

By organizing all steps of this operation from start to finish the owner did not have to worry about making any arrangements for the repair.

Mobilization to this operation was done using one of our workboats loaded with all the needed materials. These boats are fully equipped as dive support stations and can be used for a wide range of operations. They increase flexibility of operation, which is essential during operations like these where speed is of the utmost importance. Adapting operations to the customer’s needs

The general cargo ship also suffered a leaking stern tube assembly. The owner contacted us and asked us to find the best possible afloat repair solution. Because the vessel could be trimmed we suggested to replace the damaged seals above water during the ship’s stop in Ghent. The repair would be done in close cooperation with the OEM.

Prior to the operation the vessel was trimmed to lift the working area above the water. Our team then built a scaffolding around the stern tube seal assembly. Next our technicians removed the rope guard. This allowed them to clean the entire area and perform an inspection. The assembly was then opened to give the service engineer of the OEM access to the seals.

After the seals had been replaced the assembly was closed again. Leakage tests were then successfully carried out. Our men repositioned and secured the rope guard. They removed the scaffolding to conclude the operation.

Both these operations are good examples of how we use our experience and know-how to offer the best solution for a specific situation. In the first example an underwater seal replacement using our flexible mobdock technique was the only option, but for the second vessel trimming was more efficient.

We aim to reduce cost and off- hire time for customers while maintaining the highest safety and quality standards of repair and maintenance. This is true whether the scope of work entails a smaller operation with a limited time-frame, or more complex repairs that usually take a lot more planning and require the construction of specific equipment. 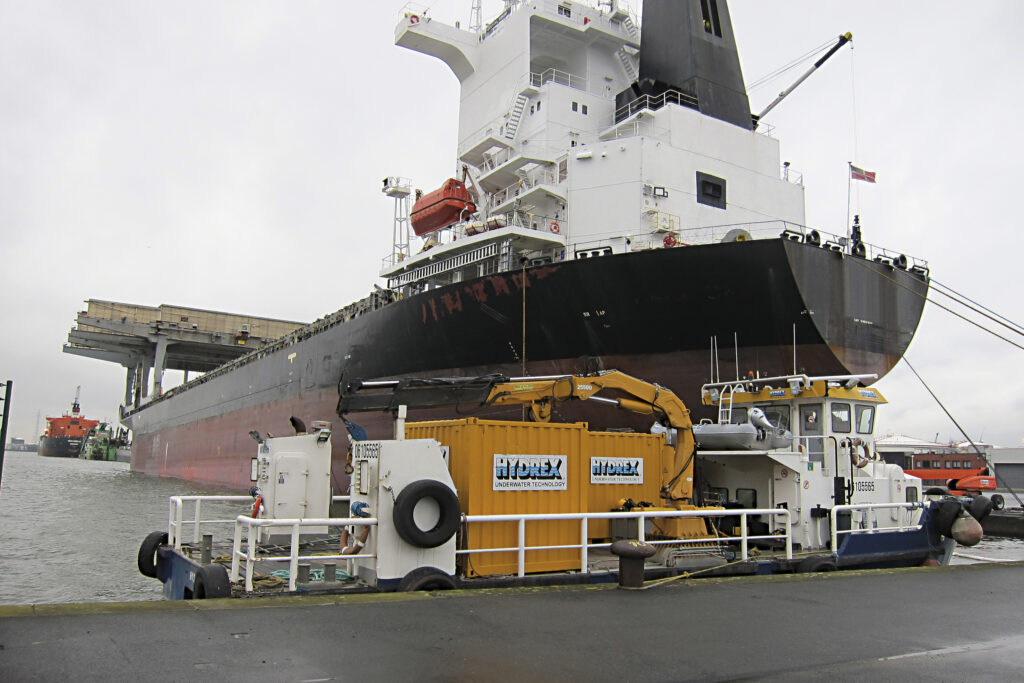