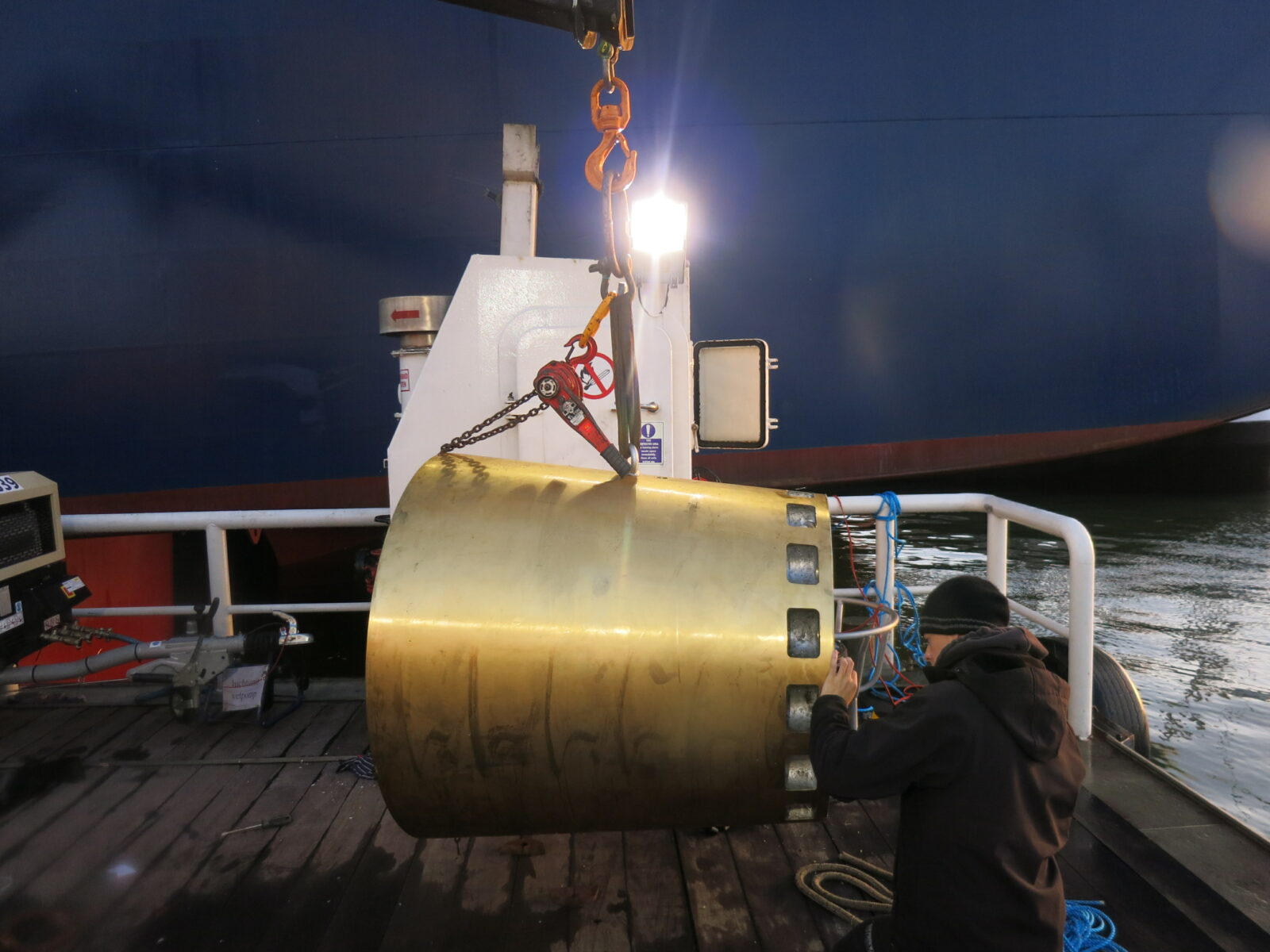 A 190-meter container vessel had lost its propeller cap. Because the vessel had been launched only a year earlier, going to drydock was not an option. We were asked to make a full assessment of the damage during the vessel’s stay in Algeciras and propose an underwater repair plan that would allow the ship to keep its schedule.

A diver/technician team immediately mobilized to the vessel to carry out a detailed underwater survey of the propeller. This revealed that the bolts that secured the propeller cap had broken off. Before a new cap could be installed the remaining parts of the old bolts needed to be removed.

It was very important that the screw thread in the mounting flange was not damaged while doing this to allow the securing of new bolts. Because several of the old bolts had been badly deformed this was not a straightforward task. Our diver/technicians are however trained to handle situations like this and they were able to remove the bolts safely.

To allow the vessel to keep its schedule it was decided to perform the rest of the operation in Rotterdam during the ship’s next stop. At this point our technical department got the request to inspect the propellers of the ship’s two sister vessels and if needed to replace their propeller caps as well.

While the ship was on its way to Rotterdam we proposed some adaptations to the propeller cap securing technique, based on our experience with similar operations. This would prevent the problem from reoccurring. Our proposal was accepted by all parties involved.

When the container vessel arrived in port, a team of our diver/technicians mobilized to the ship with one of our workboats. These are fully equipped as dive support stations. The new propeller cap was then quickly installed without any delay to the ship’s schedule.

In the next few weeks the vessel’s two sister ships were also inspected in Rotterdam by our team. On one of these the propeller cap was still present and all that needed to be done was to check the torque of the bolts. On the third vessel, however, a similar repair as on the first vessel needed to be carried out. Following the same procedure the remainders of the broken bolts were carefully removed and a new propeller cap was installed.

Throughout all stages of these operations our technical department stayed in close communication with all parties involved. Our diver/technicians also worked in shifts to perform the operations in the shortest possible time. As a result of the underwater solution we offered, the owner had the propeller caps replaced while at the same time keeping his vessel on schedule.