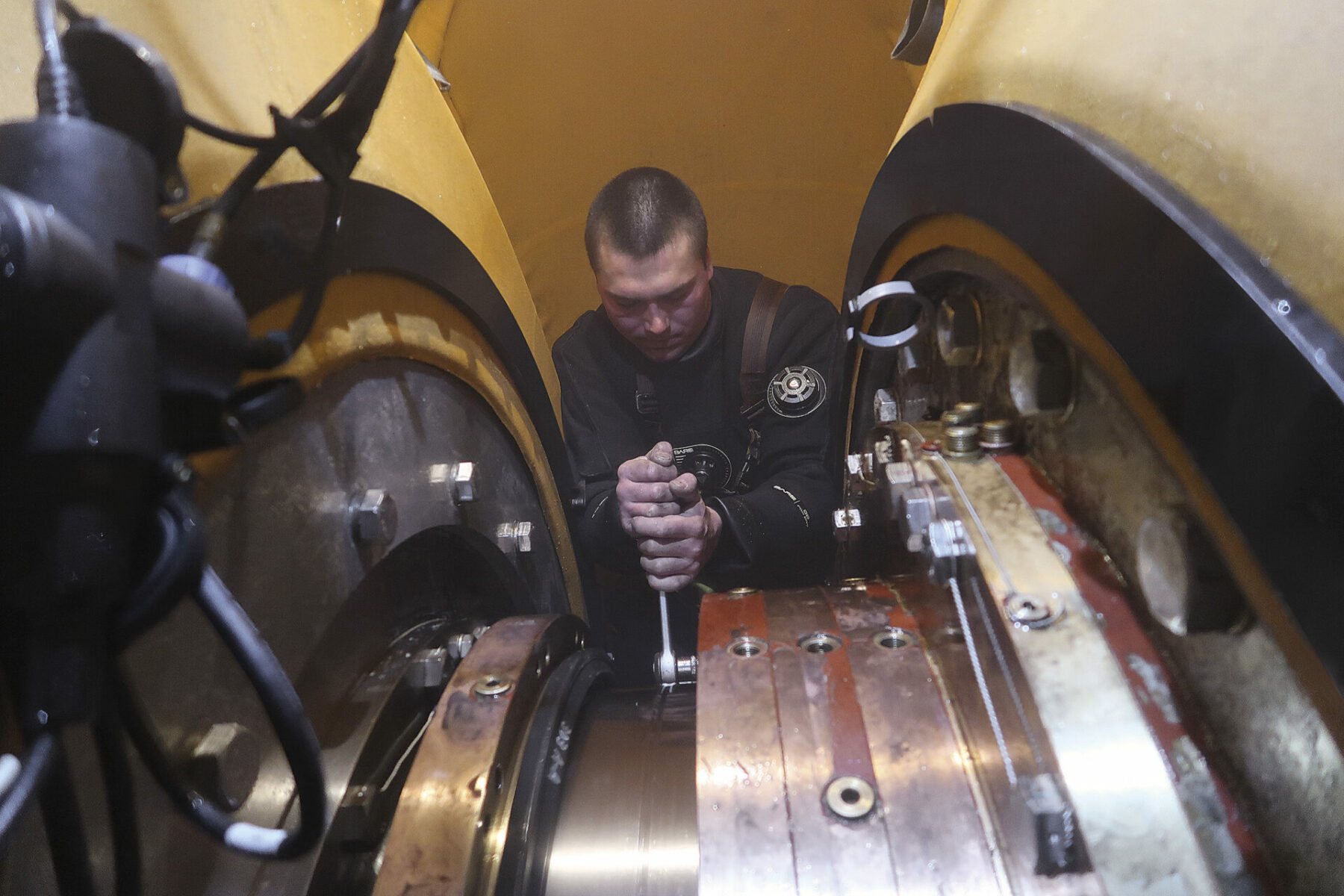 We have developed a flexible mobdock repair method that enables the underwater replacement of all types and sizes of shaft seals. This technology has been successfully used for many years and just recently our diver/technicians performed stern tube seal repairs in Antwerp and Tasmania. Keep an eye out for a more detailed article on that last job in one of our upcoming magazines.

Damaged stern tube seals will cause an increasing amount of oil leaking or water ingress as the damage worsens. By replacing the seals when the damage is first discovered, we keep the down time low. The ship can keep its schedule because seal repairs can be performed during cargo operations. We do this by creating a dry underwater working environment around the shaft.

It is not always straightforward to replace seals, because there can be quite a bit of variation in the configurations of the stern tube itself. There can also be complications with the liners, which can be worn down and show grooves. All this is routinely handled by our teams on the jobs.

All shaft seal repairs we offer are performed in cooperation with the OEM. We usually supply the equipment but the owner is free to supply his own OEM seals. We can handle all type of seals from all manufacturers.

Below you can find an example of a stern tube seal repair one of our teams performed.

One of our diver/technician teams carried out an underwater stern tube seal repair on a 300-meter container vessel berthed in Antwerp. The ship was suffering from an oil leak, making an immediate repair necessary. Using a Hydrex flexible mobdock the team was able to carry out the entire operation on-site and underwater, saving the owner an expensive and time-consuming trip to drydock.

Once the operation was confirmed all preparations were handled swiftly and the lightweight equipment was mobilized immediately from our headquarters in Antwerp. After arriving on-site, the diving team first set up a monitoring station next to the vessel. The operation then started with the removal of the rope guard and a thorough underwater inspection of the stern tube seal assembly.

After the inspection the divers cleaned the assembly and installed the flexible mobdock. The split ring was then removed and brought to the surface to be cleaned. Next the divers removed the first seal and replaced it with a new one which was bonded. The procedure was repeated with the other seals.

By organizing everything from start to finish the owner did not have to worry about making any arrangements for the repair. After the seals had been successfully replaced he could sail his vessel to its next stop free of oil leaks. 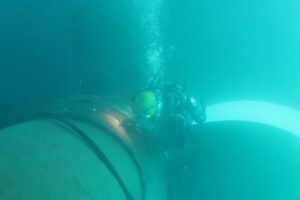 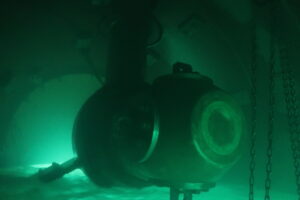 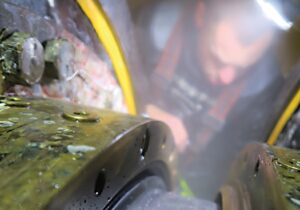 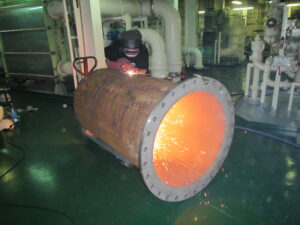